The Pere Lachaise Cemetery: journey through the past 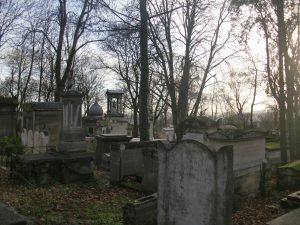 A place of historical significance

Before it came to birth, the cemetery was located on a richly cultivated mountain, covered with vineyards. In the 12th century, this vacant plot of land, outside the city’s limits, belonged to the abbots of Paris. In 1430, they sold it to Regnault de Wandonne, a rich merchant who had made a fortune abroad by selling spices. The stallkeeper built a huge property there.

Two centuries later, it was seized by the religious Order of the Jésuites to serve as a convalescent home. There, Cardinal Mazarin brought young Louis XIV, during the Fronde rebellion against the rise of the king’s authority. Later on, it was named “Mount Louis” to honour the Sun King’s stay while fights were raging. Legend has it that the Parisians favoured the king’s confessor’s name instead. Not only did the Father Reverend François de La Chaise restore the property, but he also died there in 1709. 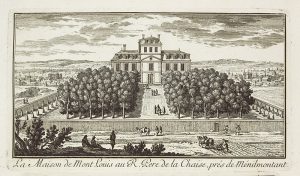 Bring out your dead!

In the late 1770s, Paris crumbled under the weight of its dead. A royal decree had prohibited the ploughing of new burial grounds. Filthy, smelly and unhealthy, the Cemetery of the Innocents (now replaced by a fountain at the centre of the Halles district) had to be closed in 1780. There were about 2 million corpses in what was used to be the biggest open mass grave cemetery of the capital, for the nameless poor. To hasten decomposition, several bodies had to be placed in the same pit, each wrapped in a cloth and sprinkled with lime. Bones were removed and stored into charnel houses stretching along the walls of the mass grave. 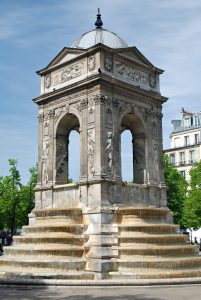 The “Eastern Cemetery” opened in 1804 (a graveyard was created for each cardinal point, outside the city’s former limits). Still, it failed to attract the attention of the Parisians. Despite Napoleon’s wish to grant “every citizen the right to be buried regardless race or religion”, Roman Catholics refused to lie in a place that had not been blessed by The Vatican. Most members of the rich middle-classes simply didn’t want their dead to be far from their own church cemeteries. These faraway places were associated to those who couldn’t afford being interred in nearby Parisian churches. In 1812, the Eastern Cemetery numbered 833 graves only.

From mere graveyard to Parisian landmark

To promote it, it was decided to transfer the ashes of celebrities. It started with Heloise and Abelard. The medieval romance had caught the imagination of Empress Josephine, who had expressed the desire to have the two lovers reunited. Her wish was granted in 1817. The Gothic monument to the couple was followed by those to La Fontaine and Moliere, whose body was supposedly withdrawn from the mass grave. To this date, historians still ponder over the veracity of the information given by the authorities who wanted to attract more burials within the Cemetery of the East. As surprising as it seems, it worked. In 1830, there were around 33,000 tombs. 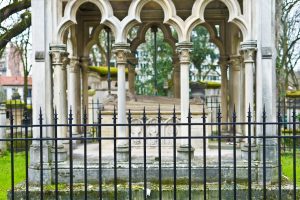 Thirty years later, the graveyard was integrated to the city of Paris under the jurisdiction of baron Haussmann. The Pere Lachaise Cemetery also witnessed one of the bloodiest repressions that took place in the 19th century. The tragic events that ended up the Commune occurred within the Cemetery itself. Marching from the West, the army of the Versaillais (the “official” government that had retreated in the Palace when the Empire fell and Paris started to be occupied by the Prussians) slaughtered the rebels. They were shot against the Southern wall, known as the “Wall of the Federates”. In this part of the Cemetery, you can also spot monuments to Resistance fighters deported to concentration camps.

The largest landscape garden of the city

Since its initial creation, the Cemetery has been enlarged 7 times to fit the needs of deceased and visitors alike. It was designed as a giant landscape garden, very different from the parks in the city centre. Unlike the Luxembourg or the Tuileries gardens, there is no real sense of perspective. With a surface of 110 acres, the Pere Lachaise is sectioned into 97 divisions. The more intricate design of the lower part corresponds more or less to the original plan. The easier to navigate-by, upper part, organised through squares, is more modern.

Its unique layout inspired the foundation of many other garden cemeteries throughout Europe. Romantic alleys and abundant vegetation certainly make the space picturesque, providing visitors with a breath of fresh air. No less than 5,300 trees have been planted in this popular location, punctuated with five entrances and three main monuments of various architectural trends. If Alexandre Brongniart had initially devised the map according to a mix of Neo-Classical and Gothic styles, Neo-Byzantine art inspired Jean Camille Formige to draw the Colombarium in 1886, where people were cremated. 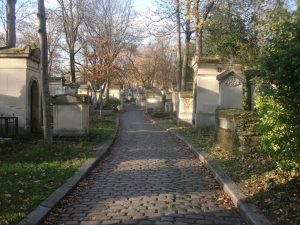 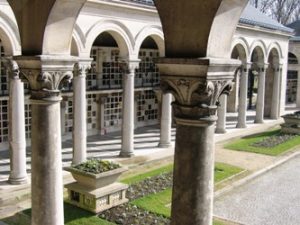 The Cemetery now welcomes more than 70,000 tombstones but it’s been full since 1950. Only a few abandoned plots of land allow the arrival of new graves every year. If you now have to pay quite a substantial price to bury your ancestors there (a mere 15 000 €), it receives around 3 million visitors each year, who can step in for free. 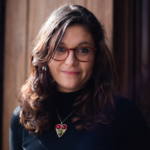