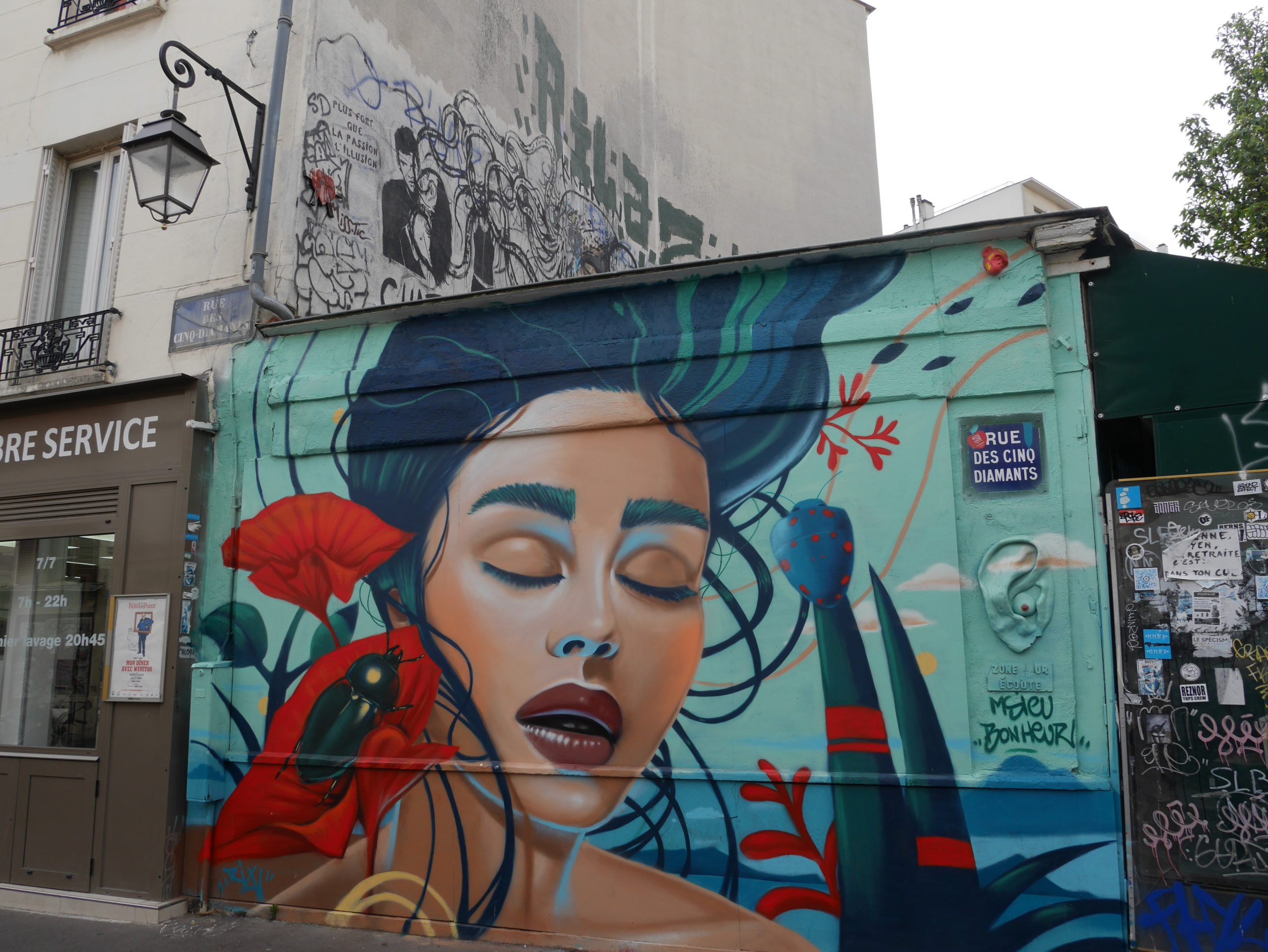 For 3 years, I have been living in a charming place in Paris: La butte aux cailles. I love to make discover this district because it is full of surprises. Indeed when we think of the 13th district of Paris, we think of the Asian district with its tall buildings of the 60s and 70s, we think of the François Mitterrand Library and more recently the district of the new left bank with its avant-garde architecture. But we often forget this small village, once a worker’s village, whose small houses were built on stone quarries. To make discover my district I have two options: either we walk through a 13th district suprinsingly starting from the medieval alleys of the Gobelins, to finish by the Butte aux cailles and passing by surprising small alleys full of little flowered houses out of time. When I want to focus only on the Butte aux Cailles, I’m talking about its rich history but also about Street Art, because the district is a place of great tolerance towards the artists who often work there.

One of the best known is Seth, who went around the world with his children’s characters, such as these, Place de la Commune. What I like about Street Art is that it adapts to current events, the latest series of Seth at the Butte aux Cailles shows children wearing medieval helmets “wearing a helmet is mandatory”. 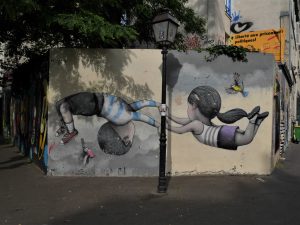 Combo also regaled us with a very recent passage (November 2020). He often represents the people who supported him, as on this huge fresco full of characters he asked during the confinement of March 2020 “send me a picture of you fooling around, I’ll draw you during the confinement”. Each person has also pasted his or her own solo portrait in Paris. We have 3 of them in the neighborhood. I love the work of Combo, because there’s always a lot to tell, he’s someone who works a lot in interaction with others and whose works often have a very engaged message. 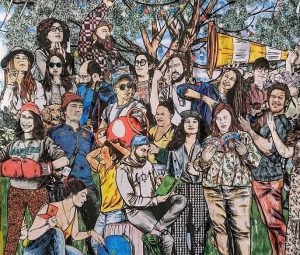 Another artist I love is Retro graffitism, who paint his characters directly on the walls. Each of his series has a theme, here the carnival of the Bièvre, another opportunity to talk about the river that once ran through the neighborhood. 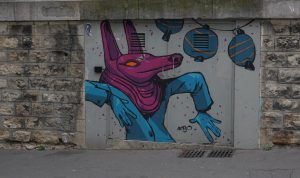 C+S (Collage + Stencil) Mixes two techniques: on a background of used stamps, all having a history, he represents a woman, to do that, he uses a stencil. We discover those “stamped women” sneaking around, as here, close to the ground in the Passage Barrault. 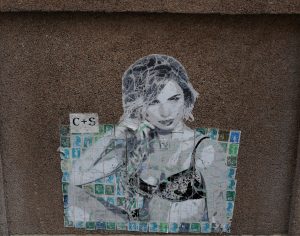 It is the large frescoes that catch the eye, but I like to see my Street Art visits as a treasure hunt in the city, we train the eye to pay attention to all these small details that enchant the everyday life, here if we look closely we will also see the works of Urban Solid, Intra larue, Zorn, A2, Kraken, Miss. Tic and many others… 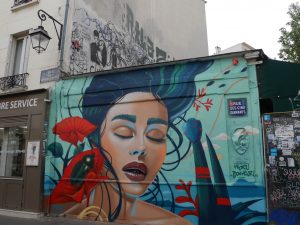 Follow one of my Street Art visits and the art of the street, bomb, collage and stencil will have no more secrets for you. I love these visits because they are always intergenerational, everyone has fun from 7 to 99 years old, and after this visit, walking the streets of Paris will never be the same again. 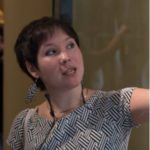 You are a professional guide and do not
appear in the directory yet ?
Join us